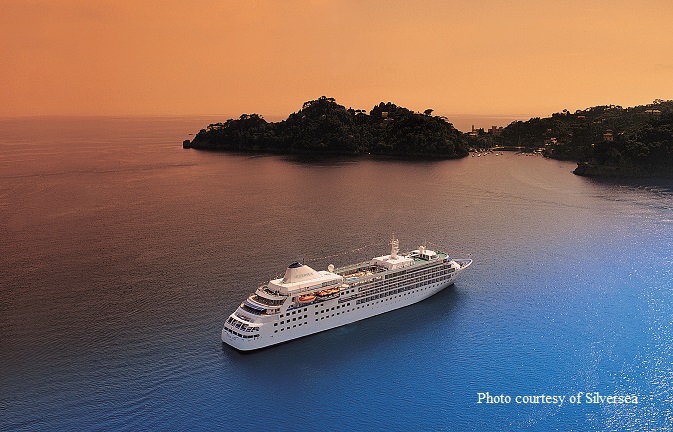 Fares shown are cruise-only, available in US dollars, per guest, based on double-occupancy. Fares are capacity controlled and subject to change at any time without notice. $199 Roundtrip Economy Air applies to new bookings made between July 13, 2016 through December 30, 2016. Offer is only applicable to specified voyages. Rate shown is based on roundtrip travel from select U.S. and Canadian gateways. Guests from Central & South America will receive a discount of $500 per person in lieu of the $199 Roundtrip Economy Air. Offer valid for bookings made at least 60 days prior to voyage departure. Silversea reserves the right to select the air carrier, routing and departure airport from each gateway city. Full passport information is required at time of booking. Name changes are not permitted. Promotional Air is available only to the first and second full-fare guests in a suite; airline baggage fees are not included. Deviations to air travel dates are accepted at a charge of $100 per request plus all additional air costs. Due to flight schedules, some voyages may require an overnight hotel stay pre or post-cruise; additional charges apply. Offer is combinable with all promotional offers. Additional restrictions may apply