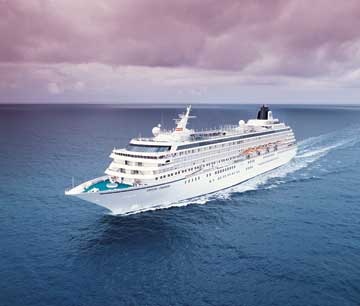 Crystal Cruises is enticing travelers with a limited-time summer promotion that translates to significant savings and added perks for bookings made between July 1 and August 31. For its award-winning luxury ocean ships, Crystal Symphony and Crystal Serenity, the World’s Most Awarded Luxury Cruise Line™ announced today its ÔÇ£Crystal Clear ChoicesÔÇØ promotional lineup, presenting a choice of three incentives that apply to nearly three dozen global voyages this year and next. Guests will get to choose from cruise fare savings of up to $1,000 per stateroom; up to $1,500 per stateroom in air credits for air travel booked through Crystal’s air department; or up to $2,000 per stateroom in shipboard credits.

ÔÇ£The added incentives available to travelers for an already value-packed, all-inclusive luxury vacation makes Crystal the clear choice for guests seeking an enriching adventure in some of the world’s most coveted destinations,ÔÇØ says Edie Rodriguez, Crystal’s CEO and president. ÔÇ£Not only is the breadth of savings and perks compelling, but the number and variety of worldwide voyages included in this promotion offers travelers a world of possibility.ÔÇØ

Applicable voyages begin as early as October of 2016 and run through December 2017, including:

All-inclusive Book Now Fares start at $2,140 per person. Promotional credits, savings and starting fares are all based on double occupancy.

Royal Caribbean offering 50% off second guest plus instant savings of up to...
Scroll to top