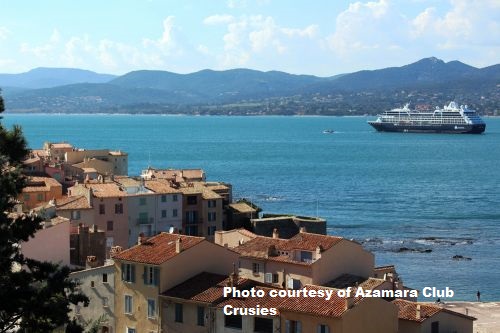 Choices Promotion: This promotion offers a choice between a $600 per stateroom ChoiceAir credit, $600 per stateroom Onboard Credit, or Unlimited Internet package. Bookings must be created at standard fares between November 1, 2015 and December 31, 2015. Click here for full listing of applicable sailings. Offer is applicable to new individual bookings and to staterooms in non-contracted group bookings with staterooms named and fully deposited during the offer period. Choices promotion is combinable with back to back savings, onboard booking savings, CPP program, reduced single supplement, and up to one other OBC program. Single bookings paying 200% supplements qualify for the full amount (for singles paying reduced supplement amount will be prorated). The promotion is not combinable with any other program, promotion or discounted rates, including, but not limited to, Interline, travel industry rates and net rates. The promotion is valid for residents of the United States and Canada. Offers are subject to change, and may be withdrawn at any time without notice. Certain restrictions apply. Read below for further details for each individual component of this offer.

$600 CHOICEAIR┬« CREDIT (CAC) is per stateroom, in USD, not redeemable for cash, and is based on round-trip flights from select U.S. and Canadian gateways. Enter booking code CHOICES CHS for voyage reservation. Guests one and two in a stateroom must select the same option. Air has to be booked through ChoiceAir┬«. Air credit will be applied against cruise fare after ChoiceAir┬« flights are added to the booking. CAC is not available for 3rd and 4th guest in a stateroom. Certain gateways may not be available on all voyages. Full details for ChoiceAir┬« are available at AzamaraClubCruises.com/ChoiceAir.

$600 PER STATEROOM ONBOARD SPENDING MONEY (OBC) is in USD, based on double occupancy, has no cash value, is not redeemable for cash, is not transferable and will expire if not used by 10:00 PM on the last evening of the voyage. Onboard Spending Money cannot be used in the Casino or for future cruise bookings. Enter booking code CHOICES OBC for voyage reservation.

UNLIMITED INTERNET PACKAGE allows guests to have unlimited internet onboard by entering booking code CHOICES INT. Onboard Internet Credit (OIC) is in USD, based on double occupancy, has no cash value, is not redeemable for cash, is not transferable and will expire if not used by 10:00 PM on the last evening of the voyage. OIC cannot be used for any other service onboard.